3 things to do in Krušné Hory 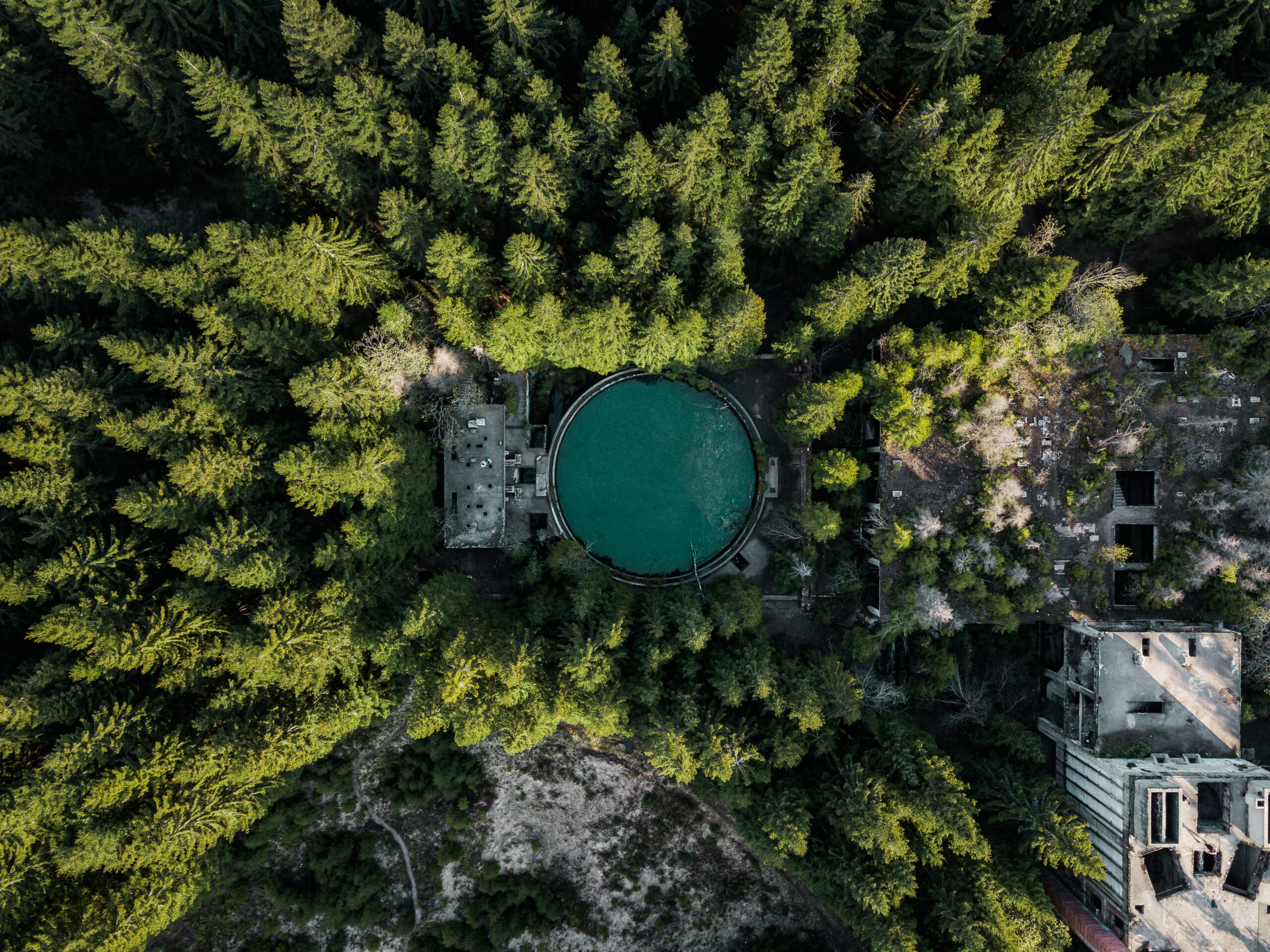 So I guess you were probably looking forward to this article, because it was clear from the reactions on my Instagram that a lot of people didn’t know about the old factory in Rolava. And those who knew about it had no idea how beautiful and picturesque it was.

We visited the Krusne Mountains for the whole weekend. We planned Rolava, Boží Dar and Klínovec. We took the dogs with us and planned on sleeping in a tent somewhere along the way.

The factory called Sauersack was built in Rolava by the Nazis in 1940. Today it’s an abandoned and freely accessible ruin. You can easily spend two hours here – in addition to the huge construction, you can explore different floors (at your own risk!), because some stairs are still usable. There are many other buildings belonging to the factory in the area, as well as a number of different trails along which you can set out to explore the forest. Here and there you come across a bunker in the ground too. There’s a small parking lot right at the entrance.

After fooling around in the factory, we headed across the road and found the place where we pitched our tent. We lit a fire, so we were warm till late at night.

The next day we set off to the Bozi Dar peat bogs. There’s a 1.5 km long wooden deck taking you across. It’s a very nice walk, so if you’re around, don’t miss it.

Then we reached Klínovec by car. We got an idea that we would ride the single trail, but due to the dogs, we decided that we would probably leave it for the next time when we would be without them. At Klínovec, however, the downhill bike trail is pretty famous, there is a cable car running all year round and they even rent bikes and all equipment.

Trip to Kladno – award for architecture and Veselov lookout tower