7 places in Moravia you should see 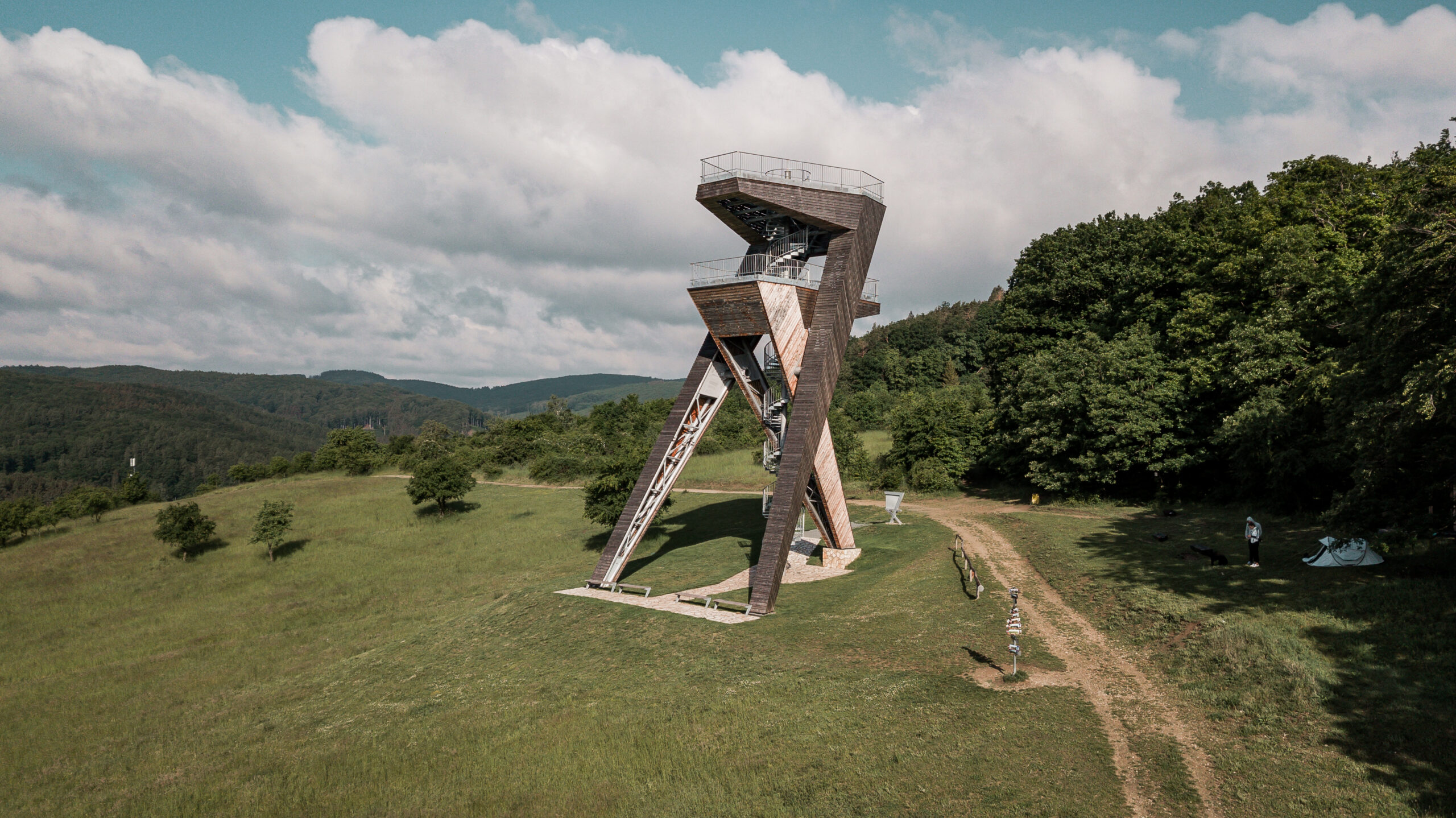 Moravia. For some people a home, for some an exotic destination during a lock-down.

In May, when it wasn’t yet possible to cross the borders of the Czech Republic, we used the weekend to properly explore Moravia.

I marked places on the map that looked promising (I use Google Maps in combination with Instagram and blog articles). We packed our tent, dogs and camera as usual and drove to the first place.

The name itself and the fact that it’s not far from Věstonice will tell you that historians will cheer up here. Which is not our case at all. We were interested in something completely different – architecture. The museum is partly underground and interesting concrete buildings protrude above the surface. The museum was designed by architect Radko Květ in 2016, so it’s a relatively new thing here.

Unfortunately, we didn’t get inside because they were already closed, but the interior is also very nicely done.

We couldn’t miss the Lednice-Valtice area. We walked around for about an hour, because we both know it very well and have been here several times. The only highlight of this walk was taking the green stuff out of Gin’s fur.

We explored the Kobylí vrch lookout tower for the first time. It’s (as usual) an architectural gem in the middle of Moravian vineyards. We read that it lies on a 334-meters high hill. The shape of the lookout tower is a rising unfinished circle with a section of 334°, which I consider to be a nice number symmetry. Even though the lookout tower is only 7.5 meters high, it’s a very nice-looking structure that enchanted us as well.

Along the way, we stopped at the Bukovanský windmill, which did not enchant us at all. It looks promising in the pictures, but it’s actually located in a large farm, offering accommodation, restaurant, playground, etc.

We managed to do all this in a single day and in the evening we took refuge under the Salaš lookout tower, where we planned on sleeping. The lookout tower is, of course, on a hill, lined with meadows and there is a forest right next to it, so we were not afraid that we wouln’t find a place for our tent. We parked down in the village and walked for about 20 minutes.

As soon as we got here, it started pouring rain. To our surprise, a small shelter with a covered fireplace was right next to the lookout tower, which made our “accommodation” even more awesome. We also brought a disposable grill with us. We sat by the fire until late and then hopped into our sleeping bags. You can see our tent from the drone picture, but there are really plenty of places to sleep.

The Salaš lookout tower has been standing here since 2015 and is a maserpiece of the CAD Projekt architectural studio. The entry to the tower is free.

Due to the disappointment of Bukovanský mill, we decided to fix our mood at Kunkovice mill, which stands alone in the field. You can park in the village with the same name and it’s a 5-minute walk to the mill.

Bítov was our last stop. The castle from the 11th century lies in the beautiful bend of the river Dyje, close to the Vranov dam.

You might have seen photos of Bítov from the air. We also wanted to look at the castle from a bird’s eye view, but when we wanted to take off with the drone, it was taken by a strong crosswind and fell into the bush a few meters below us. It took us about an hour to climb down and find the drone. The camera’s wires were torn, so it was clear that it wasn’t going to fly today.

As we were looking at the camera, it fell out of our hands again (!) and flew to the exact place where our entire drone fell before. But finding a five-cm camera was a little bigger issue. We found it after another hour of going through the bushes. But the drone looks like it’s done now 🙁 So we left Bítov without a photo AND without a drone.

That’s all from me. Here’s a map of our weekend roadtrip. We didn”t see all the places on the map, but I hope that the article will still be an inspiration for you, guys! 🙂

Roadtrip around the Great britain through Zenit-E 35 mm