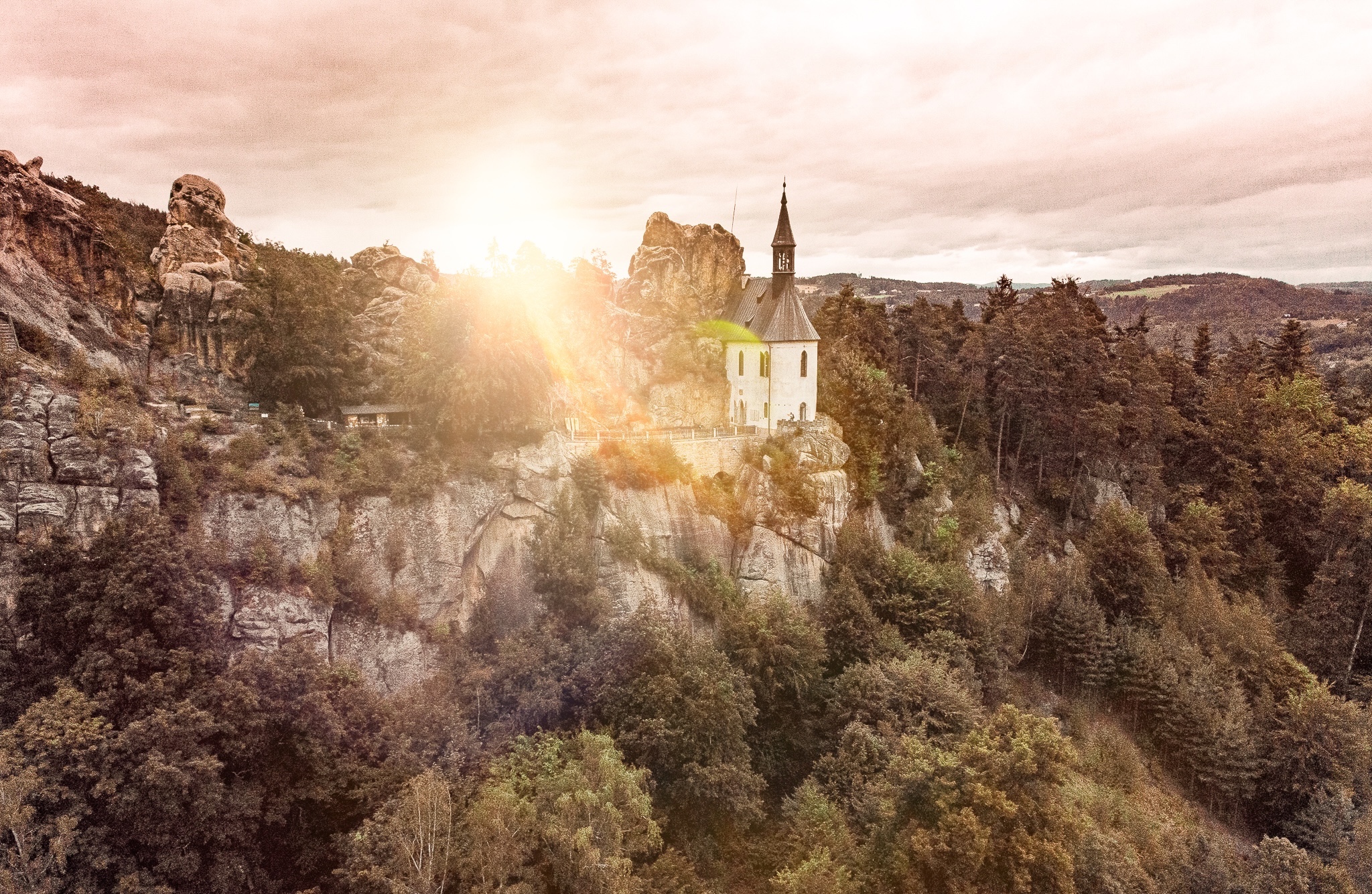 Today I’ll tell you about a magical place in the Czech Republic that not many people know even though it’s about an hour far from Prague. It’s called the Pantheon, or Castle Vranov.

I know this magical castle in the rock from my young years when I used to climb. Under Vranov there are famous rocks where a lot of climbers go for awesome climbing. But I never went directly to the castle – until last week, when my boyfriend and I set off for Smržovka and Malá Skála was on our way. Coincidentally, we also had a drone that we used for flying around a little bit, because Pantheon is the most beautiful from up here.

There’s a nice walking circuit from downtown Malá Skála, through beautiful forests, filled with all sorts of rock objects, all the way to the castle. The castle itself and its upper level are also open to the public, so don’t skip that.

I can’t judge the number of people visiting Vranov, because we were here on a Wednesday afternoon and arrived at the entrance five minutes before closing. There wasn’t a soul in the compound besides the cashier, so it felt pretty good. But I imagine it’s a lot worse during the weekend.

How to get to the castle?

You can walk to Vranov from Malá Skála following the red tourist signs, it takes less than 30 minutes. The car must therefore be left in the village of Malá Skála and you have to continue on foot. Entry is paid in cash, and keep an eye out for opening hours, which end at 6 p.m. Then the whole area closes and you can’t get to the Pantheon or the “rock city”.

Rysy and the highest moutain hut in Slovakia