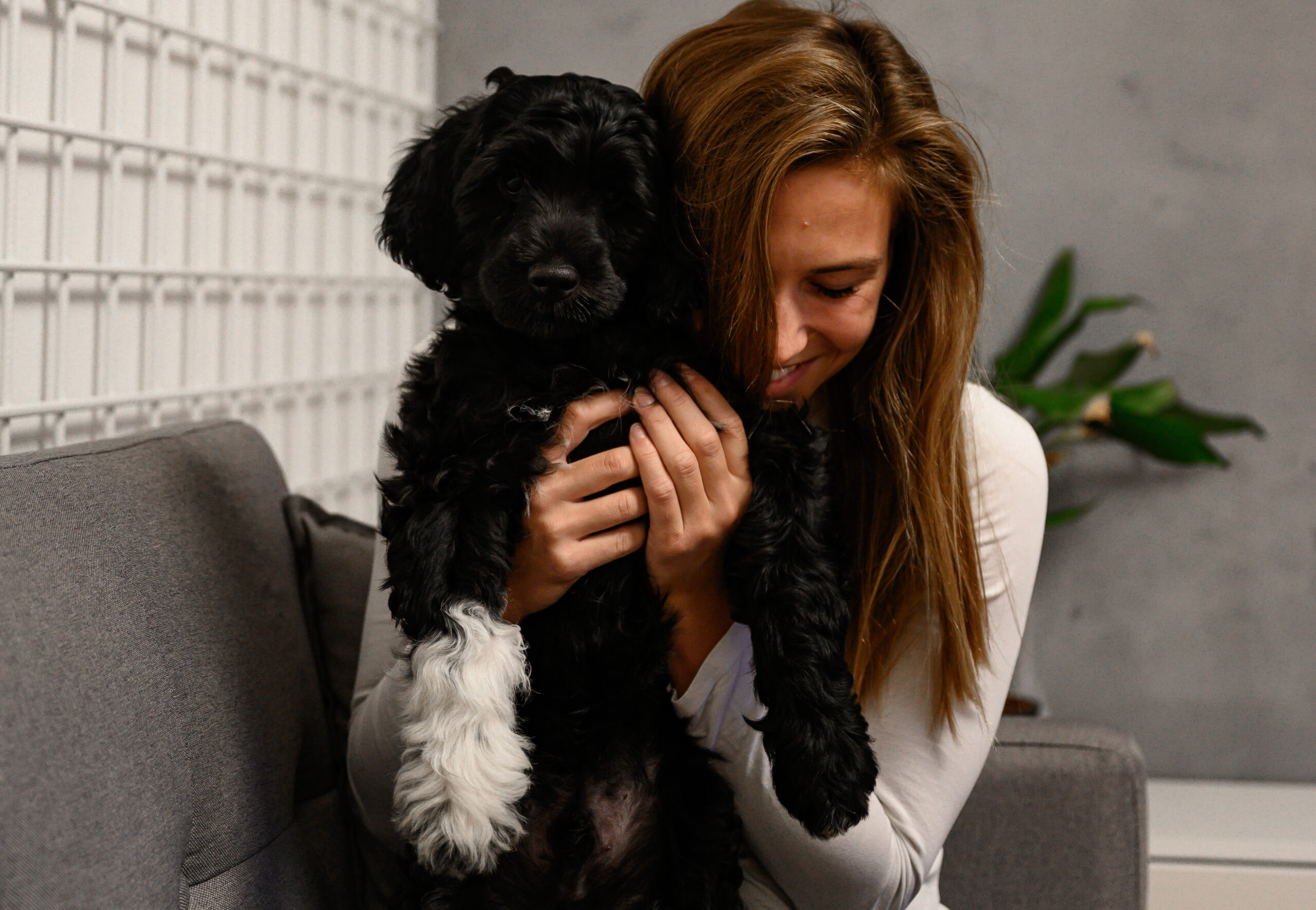 I’ll take it from the beginning. I’ve wanted a dog all my life. Even when I was little and wrote a letter to Santa at Christmas, it always said “DOG”. I didn’t want anything more. But since both my parents are workaholics and I was busy with school and part-time jobs, it just wasn’t possible.

But at the age of 27, I ran out of patience. I had to get it. I had finished school, I was single, I was living in my own apartment, and worked more or less from home. So I started looking.

And I found it.

I found a breed that is hypoallergenic, doesn’t shed (!), large enough (I’m not a big fan of small dogs) and is intelligent.

I found the Portuguese water dog.

But here are the main two problems:
1) This breed is not very well known in the Czech Republic, so there are damn few places to get it.
2) I had to somehow convince my mother, who was fundamentally against it (despite my lengthy excuses and stories)

I found one of the two places in the whole Czech Republic, where they had puppies. I didn’t hesitate, called and went. They were totally the cutest thing I’ve ever seen, so I told the breeder on the spot that I would take one from the next litter. A boy. Black fur. The biggest they will have. That was the summer of 2019. Another litter was scheduled for January 2020, leaving plenty of time for persuasion of my mom. But on the other hand, a REALLY long time.

August, September, October were gone real fast. On November 16, we were in Scotland when they were born. I received a message with a photo at 3 in the morning.

When we left for Hawaii, I had everything I needed to buy a puppy. The handover was scheduled for a week after returning from Hawaii, mid-January. Strategically, I asked my mom if she would come with me to pick up the puppy. On January 17, we were sitting in a car in the direction of Mladá Boleslav. When we arrived and saw 8 running cuties, my mother and I started crying.

I couldn’t stop crying for the next 5 hours or so.

After two hours, I was holding Gin (his real name is actually Hamilton, but I immediately renamed him), wrapped in a blanket. Instead of being happy, I kept crying. I don’t remember the last time I cried because of happiness like that. Probably never. I will never forget this moment.

The paradox is that after returning from Hawaii, I got together with Jarda, who also has a dog. So now I don’t have just one, but two dogs. Even more paradoxical is that I bought a dog that does not shed, but Jarda’s Bob sheds three times more than a regular dog.

My life is completely upside down, but in the most beautiful sense. And my mom? She loves Gin ti the Moon and back and calls me almost every day if she can borrow Gin for the weekend. Mission accomplishled.

Gin is 6 months old today, he is the most trained dog in the world and the most amazing dog I could ever wish for. He chewed on 3 pairs of shoes and a TV remote control, but somehow I always forgive him.

And will Tonic join the family? Mmm … That was the plan, but I had no idea Bob would be part of the family. So now we have Gin & Bob and for now it’s enough 🙂