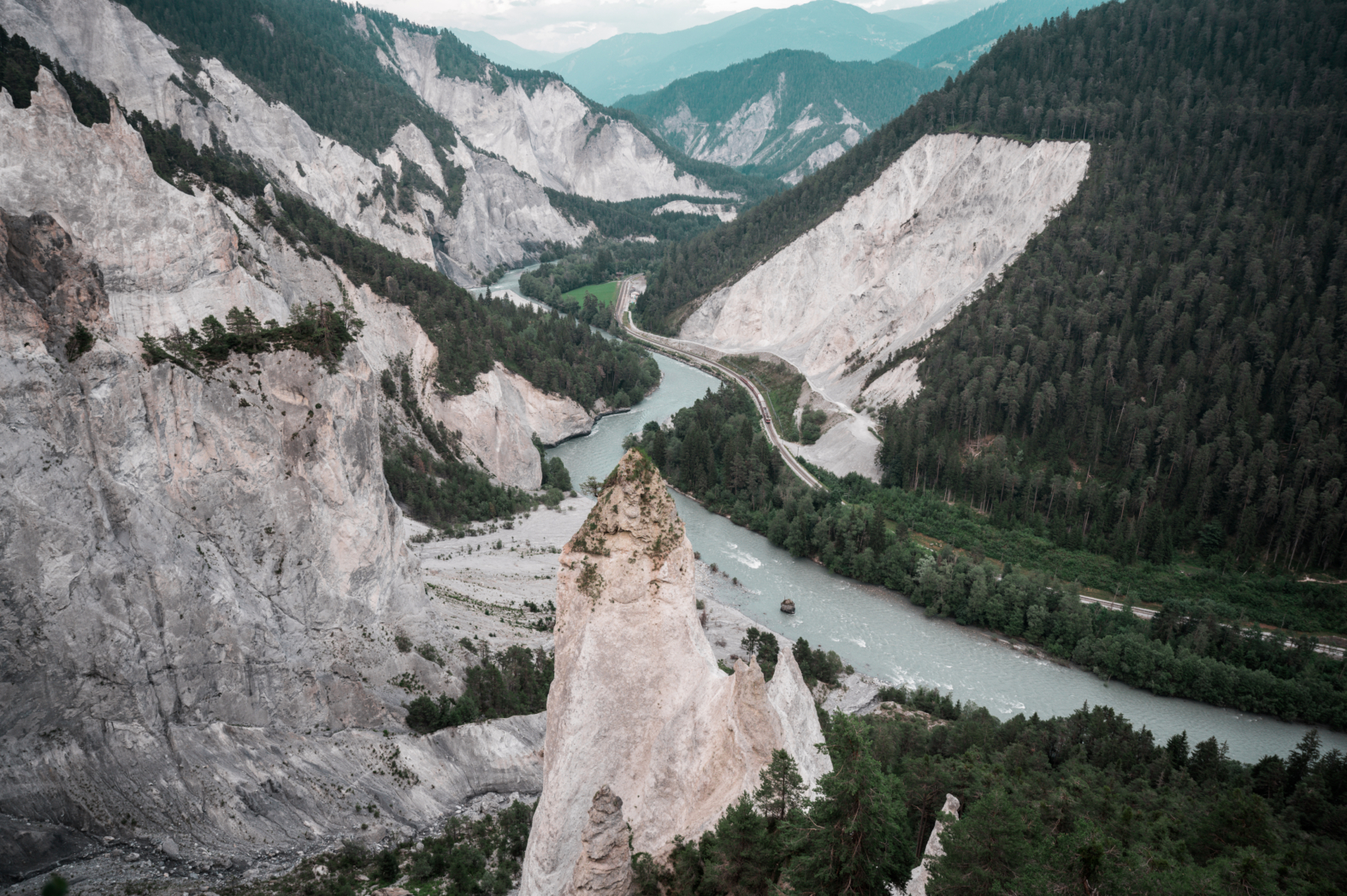 Seems like I’ll never finish those articles from Switzerland. I don’t even know how we managed to visit dozens of fantastic places in one week!

Rheinschlucht is actually not just one spot but it’s a big area, from where you can see the winding curves of the river Rhine. Right after Lago Di Saoseo is Rheinschlucht the biggest highlight – not just of this trip, but of all summer. It’s a place that is not so touristy (actually not touristy at all!!). It’s a place that I would have never discovered without Kuba’s excellent research skills. And it’s also one of those places where we had to improvize quite a lot to due to a few fuckups.

You can park near Crestasee. There’s a parking lot at the end of the narrow road. Since we needed a shower again, the original plan was to take a look at the views from above and then come down to the river bank and camp there.

In the end, however, we arrived with a two-hour delay at the parking lot and even got lost a few times on the way, so we were happy to catch the light. Getting to the place we were at takes about three hours. You won’t find any tourist signs. You just have to explore all the corners and maybe you’ll find a good one. Oh and don’t forget to take a good map with you – it’s pretty easy to get lost since the phone service is not so strong here.

We basically walked along Rhine looking for a place with a gap in the dense forest, so we could enjoy the picturesque river meanders. After nearly three hours we reached a meadow in the middle of a forest that looked very promising for some undiscovered view. We set out on a private plot towards the white cliffs and luckily found that gap between trees.

Since we arrived late in the afternoon, we had no time to descend down the river, so in the dark (given the private plot) we set up our tent at the very edge of the cliff, which looked like it was going to to fall down at any moment.

We woke up in the morning alive. Since we were really desperate with the shower issue, we dared to jump into one of those trough for cows filled with fresh (COLD) water and at least took a bath there. I hope the cows will forgive us, haha ​​:)

On the way back to the car, we stopped at Spir II viewing platform, which is easier to find using Google maps. There’s a nice path to it. Along the way we collected a few pounds of wild strawberries, which replaced our breakfast.