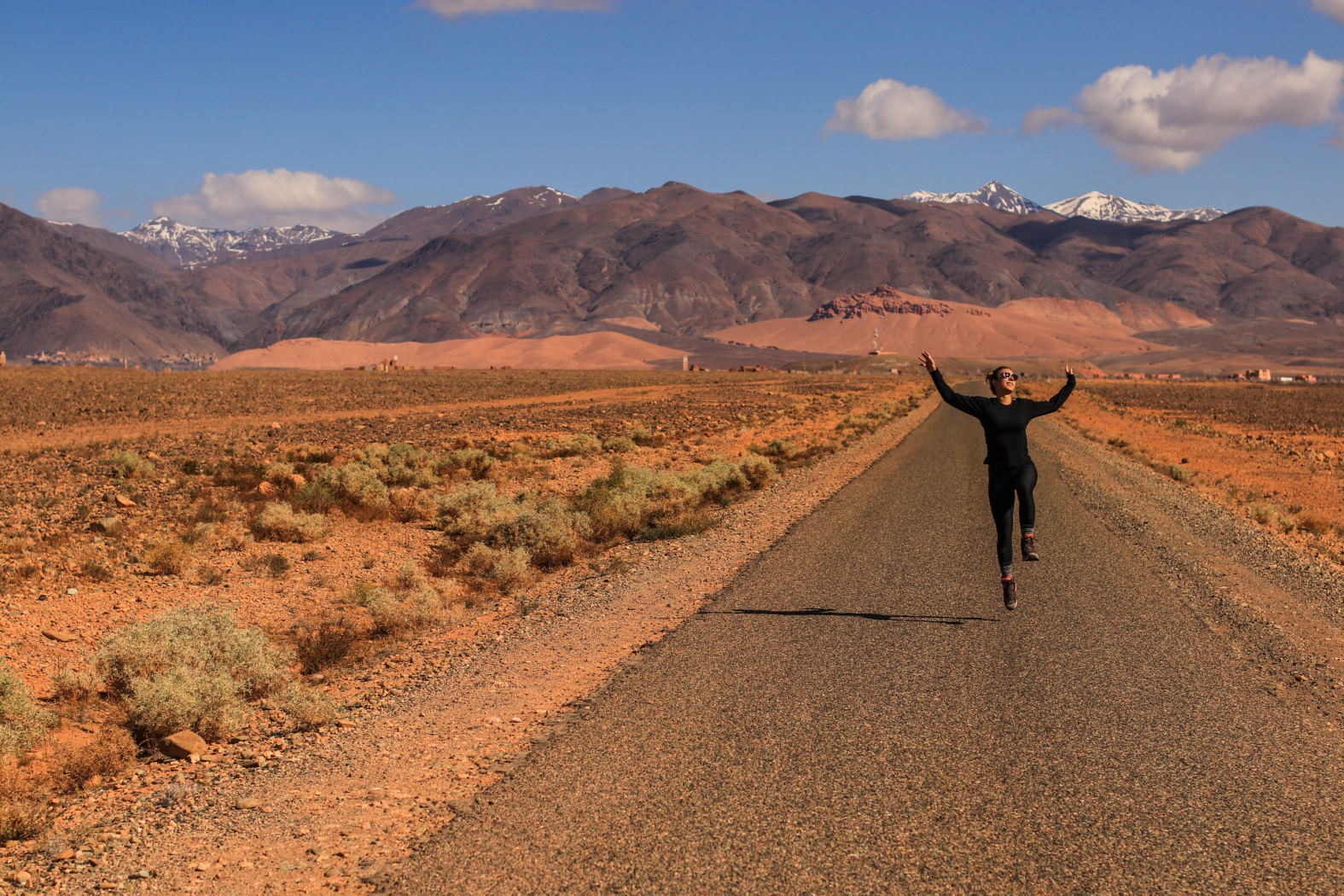 One of our many stops was the fortified city of Aït Ben Haddou, which was built in the 17th century, and which is now a UNESCO World Heritage Site. Unfortunately, we spent too much time in the mountains, so we were exploring the city almost in the dark, but it was definitely worth seeing anyways.

When it was dark, we set off to look for another place to sleep. We had quite a lot of experience with sleeping in the car (hhaha), so we didn’t even think about anything else. We found a small dusty road leading from the main road and parked the car a few miles from it, right on the rocky desert.

The next morning we got back on the road and set off back into the mountains, this time we took another road. Another pass was waiting for us, but unfortunately I forgot the name of it, but before I start telling you what happened to us in the mountains, I would like to stay in the desert that we had to cross first.

This giant stony desert is a kind of pre-Sahara. It was incredibly beautiful to see a vast and arid desert which was gradually turning into four-thousand-meters-high mountains. There’s only a few places in the world that have mountains and deserts so close together.

The long, straight road reminded me of Utah or similar state in the US.

And I’m really curious, what would you guys pick if you could explore just one thing – mountains or desert? Which one do you find more interesting? 🙂

Some pictures were taken by Andres Beregovich

Blausee – the biggest disappointment in Switzerland