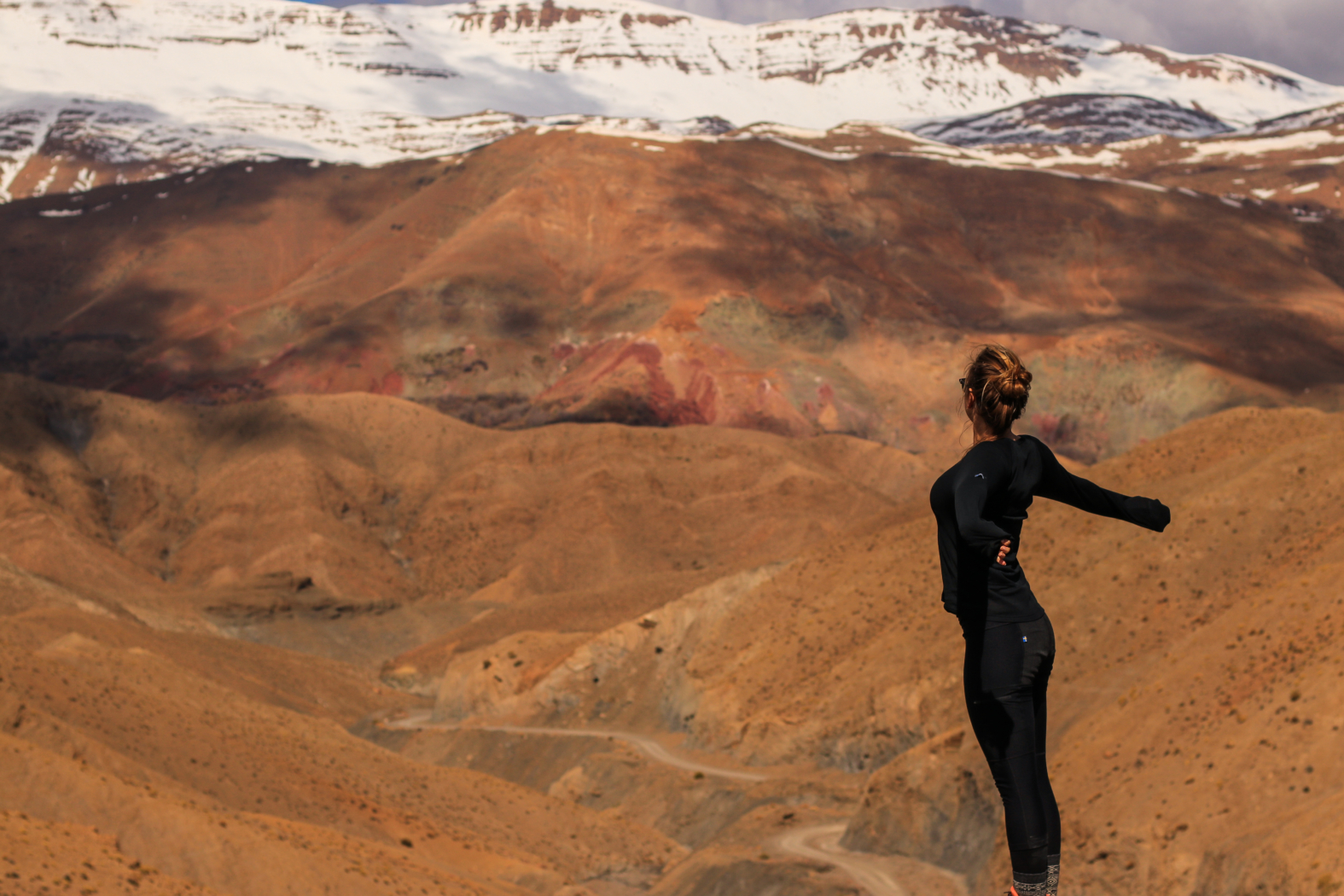 Here goes the last article from Morocoo!
From Ait Ben Haddou, we headed back to the Atlas, but this time we took another road. From the red desert we slowly reached the snowy four-thousand-meter-high peaks. To our surprise (it was maybe more of the expectation, which we didn’t want to admit), the paved road transformed into a muddy “something, which reminded a road”, so the fifty-kilometer crossing of the mountain massif took us incredible 7 hours. But you know how it is, we stopped like every 2 minutes to get out and take a picture.

And then something happened that I’ll never forget in my life and what opened my eyes again. As we drove along the muddy road, and we talked about how interested we were about these people’s lives, we noticed an old man standing in front of his house in Moroccan traditional clothing. We’re both passionate photographers, so we stopped and ran to ask him if we could take a picture of him.

Unfortunately, the old guy didn’t understand a word because he spoke only French and neither of us spoke French other than “merci”. I think there’s one car a day passing by in this area, so he was super-surprised to see us, so he immediately offered us a cup of Moroccan coffee.

We said why not and accepted the invitation. The agile guy immediately began to pull a table and two small chairs from the house. He started making coffee and invited us to his house, explaining all the photographs that were hanging on the walls. He was speaking French, we were speaking in English, but for some incomprehensible reason we understood each other.

Then he brought the coffee. After a while he realized that we were hungry as hell, so he brought us probably his lunch, which we accepted and ate it with our hands, as the guy explained us. His wife joined us, and they both continued telling us funny stories and showing us thirty-years-old photographs.

After an hour we wanted to go, so we asked him how much we own him. He didn’t want anything, so we gave him all the Moroccan money we had. He probably lives from the money till today :))) He didn’t want to let us go and kept showing us more and more pictures, telling more stories in French we did not understand, guiding us by the hand and explaining us all the names of the neighboring villages and the names of the mountains that were around.

Anyway it’s kinda ironic that we were wondering how these people live ten minutes before this incredible visit.

After long persuasion, we set off on our way, and we continued heading to Marrakech, but I guys I gotta tell you, I’ll never forget about this.

But then, as we were driving, the sky was suddenly got super-dark and huge hail began to fall! It was still about 12°C, so it didn’t make sense at all.

And this is how our mountain adventure ended. We arrived back in Marrakech pretty late in the evening and spent the night in a hotel before leaving home. I have to say that the shower and hot meal after 4 days was really great. We flew to Fes, a town in the north of Morocco, where we spent one afternoon and then flew to Frankfurt the next day.

To sum up all this, it was totally unforgettable, and Morocco left me absolutely speechless. In a good sense. And I definitely want to come back to the Atlas mountains once more and climb their highest mountain called Toubkal. <3

P.S. I’m adding a map to show you guys which roads we took.
If you have any more questions, let me know in the comments!

#TeamFaster in Los Angeles with Puma