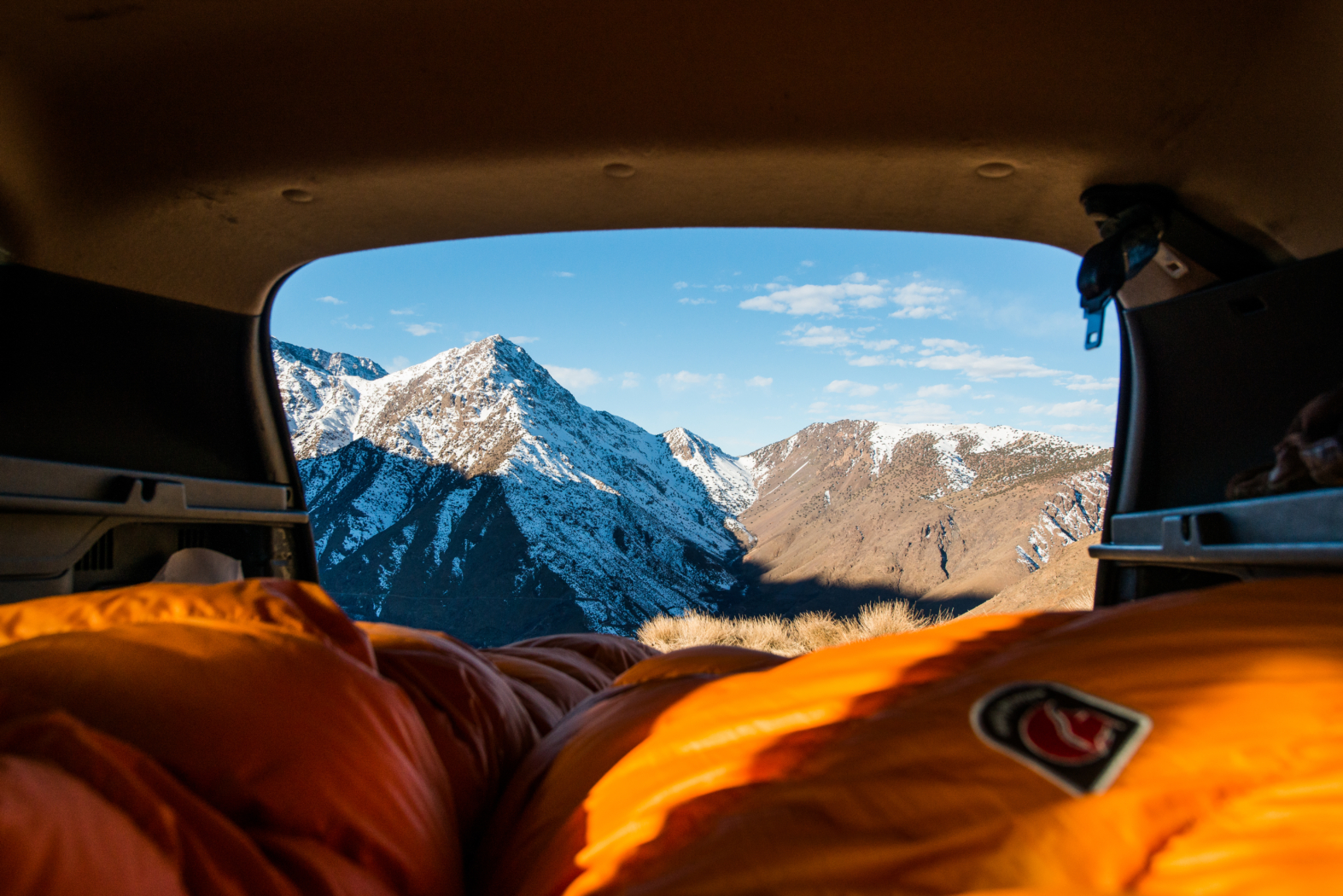 Last time, I told you about a café in the middle of the Atlas that you shouldn’t miss when visiting Morocco, and today I’ll tell you about another place that might catch your attention. Because it definitely caught mine.

After a great coffee we set off for another short drive. Jebel Toubkal is the highest mountain of Morocco and also North Africa. It has 4167 meters and it takes two days to get to the summit. Unfortunately, we didn’t do that because we didn’t have enough time, but we still went up the path leading to the summit. We knew that after a couple of hours we would have to turn around and accept the fact, that we didn’t climb the highest mountain of the country we were in, but it was still worth the walk.

Everywhere they say that in the winter you need to have a guide, but to be honest, you don’t need it at all. On the way, we met two Czechs, who were walking down, almost without any equipment and managed it to to top. At about 3,500 m above sea level, there is a mountain hut where you can sleep, so the only thing that you need in addition to the crampons (which can be rented in the city) and a pair of good boots, is a sleeping bag (I’m sure the blanket is also rented in the hut). The walk itself is quote simple, because it doesn’t require walking on glaciers (there are none in Morocco), so it’s all about a technically undemanding and long walk. In higher areas, of course, there is snow, so the crampons are essential. The car can be parked in a small village under Toubkal at about 1,800 m.a.s.l., so the altitude gain is about 2300 m.

We got to the car after 6PM, and began to improvise on where we’d actually stay. We had a big car and warm sleeping bags, so we figured that it’ll be the easiest option. Of course we didn’t want to sleep somewhere on a parking lot, so we just drove to the opposite hill, where we parked the car in a bend with an awesome view. We folded the rear seats, unpacked the sleeping bags that we stretched into the trunk, opened a bottle of Moroccan wine and chilled while watching the sunset.

Well can you imagine something more beautiful than that? :)))))))

In the morning, we woke up to a pink sunrise, which unfortunately didn’t get me out of my warm sleeping bag, so I don’t have a picture of that. We were missing only a cup of good coffee and chairs to watch the sun crawl over the hills. We brushed our teeth, ate a few cookies and got back on the road. For coffee we stopped at a hotel down in the city and continued along the winding roads to the Tizi N ‘Tichka Pass, but more about that next time! 🙂

Some pictures taken by Andres Berechovich

3 things to do in Krušné Hory