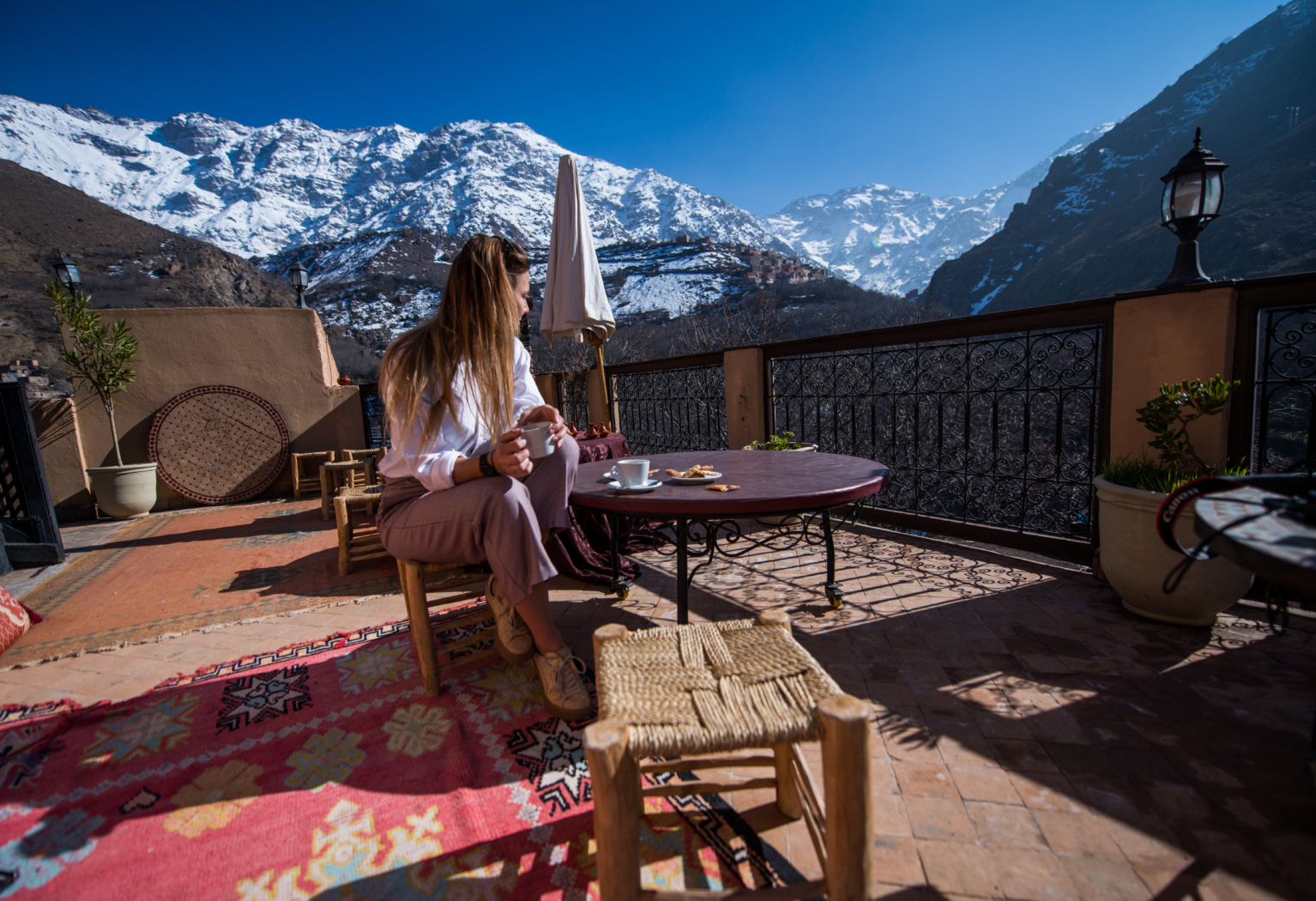 So after I totally overloaded you with photos from Marrakech, I’m going to calm down a little bit in this article and start gently, because there’s still a lot to tell you about Morocco!

When we rented the car, we went straight into the mountains. Originally, it was supposed to take about two hours, but we arrived after about five hours at our first destination, which was Kasbah Du Toubkal. Not that the roads were so bad (although they actually were haha) but more because we kept stopping and getting off the car for a picture.

We just couldn’t understand the landscapes we were seeing. Everyone else would probably say “Mountains … They’re all the same.” But these were different. Those little brown houses with a flat roof, set in the middle of the slope … Reddish soil occasionally covered with snow … Mules and donkeys instead of cars …

I noticed that when my favorite Swedish blogger, Janni, was visiting Morocco, she stopped in the mountains as well and had photos from one cafe in the middle of the Atlas. I have to admit that I’m crazy about cafés at atypical places, so we found this café and stopped for one great coffee and a few biscuits. Originally, we wanted to sleep here, because it’s also a hotel, but in the end we chose a more fun and low-cost variant – the trunk of our car, which we perked right on the opposite hill but more about that experience in the next article! <3