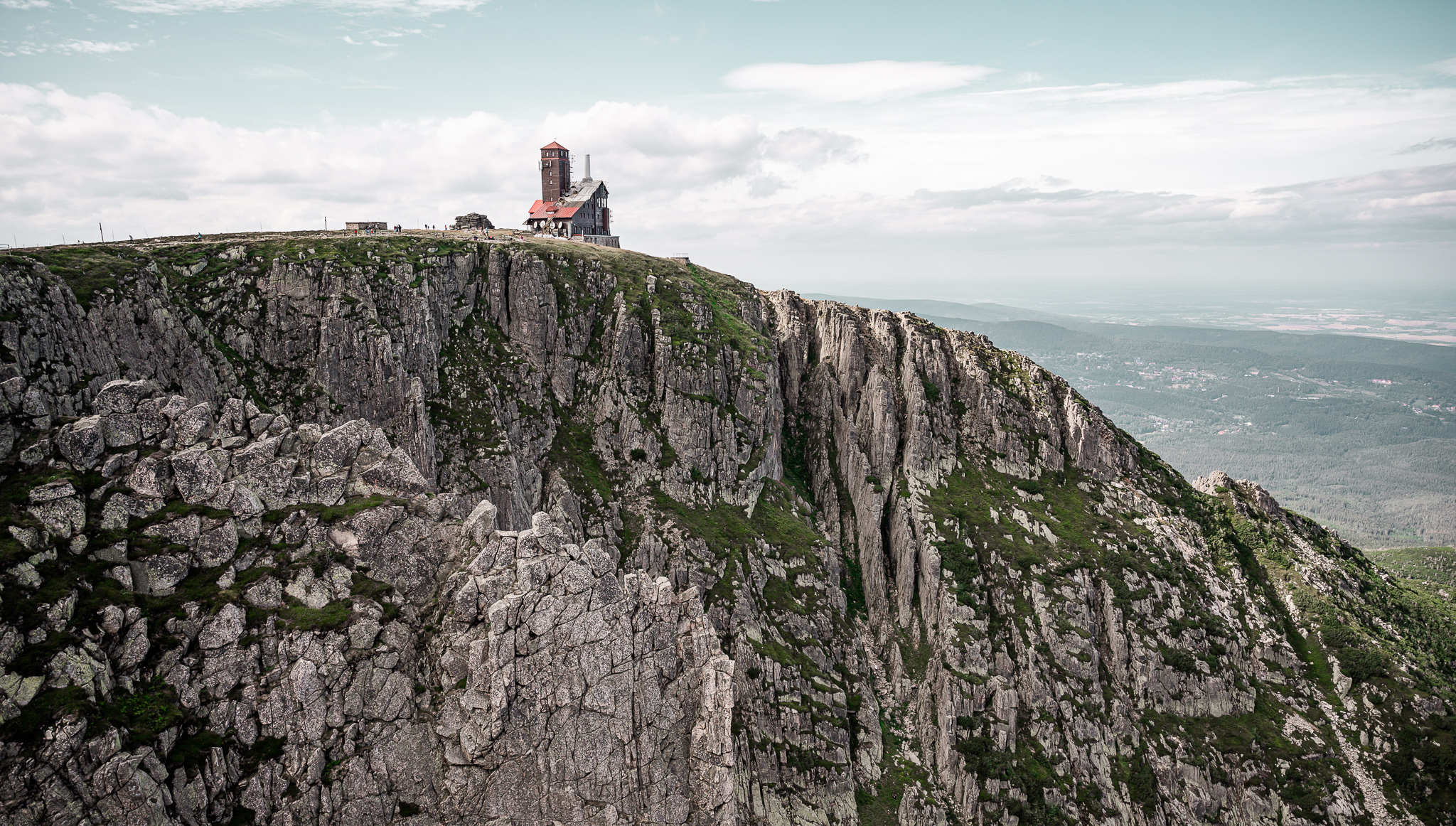 Krkonoše. The most visited mountains in the Czech Republic. But how about skipping those mainstream places like Sněžka, Pec and Špindl and exploring these awesome mountains from the Polish side? Why? Because you can find Sniežne Kotly (“Snow Pits” in English) there. Steep glacial kettles – for some, a pile of rocks, for others, a beautiful natural phenomenon that we don’t see very often. The depth of these perpendicular rocky escarpments is more than 200 m and the Śnieżne Stawki glacier pools are mirroring the ridges on the bottom.

They can be reached from both the Czech and Polish sides. It’s a slightly shorter route from the Polish one, though.

The shortest way is by cable car from the Polish village of Szklarska Poręba, where you can also park well. But don’t expect polished Swiss modern cable cars, there’s an old two-seater that moves at the speed of a snail. We didn’t expect this kind of retro either.

We had both dogs with us, so we were a little scared they wouldn’t let us take them on the cable car. In the end, though, it passed without a problem, and they took a ride on our laps. The fact that the cable car was going for about 45 minutes didn’t entirely help that they were both trying to jump out into the slopes below us the entire ride. Well, is it’s been an experience for both us and the dogs.

From the top station of the Szrenica cable car, it’s about an hour and a half of easy walking to the Snow Pits. It’s not really possible to walk faster given the rocky terrain and the number of beautiful photo shoots.

I still love the Krkonoše mountains more in the winter, but the Snow Pits were beautiful even at the end of summer. If you’re interested in more places in the Giant Mountains, check out the winter articles as well. Like the one about my skitour to Sněžka or the sunrise on our highest mountain.

Exploring the Czech Republic – skitour to the highest mountain