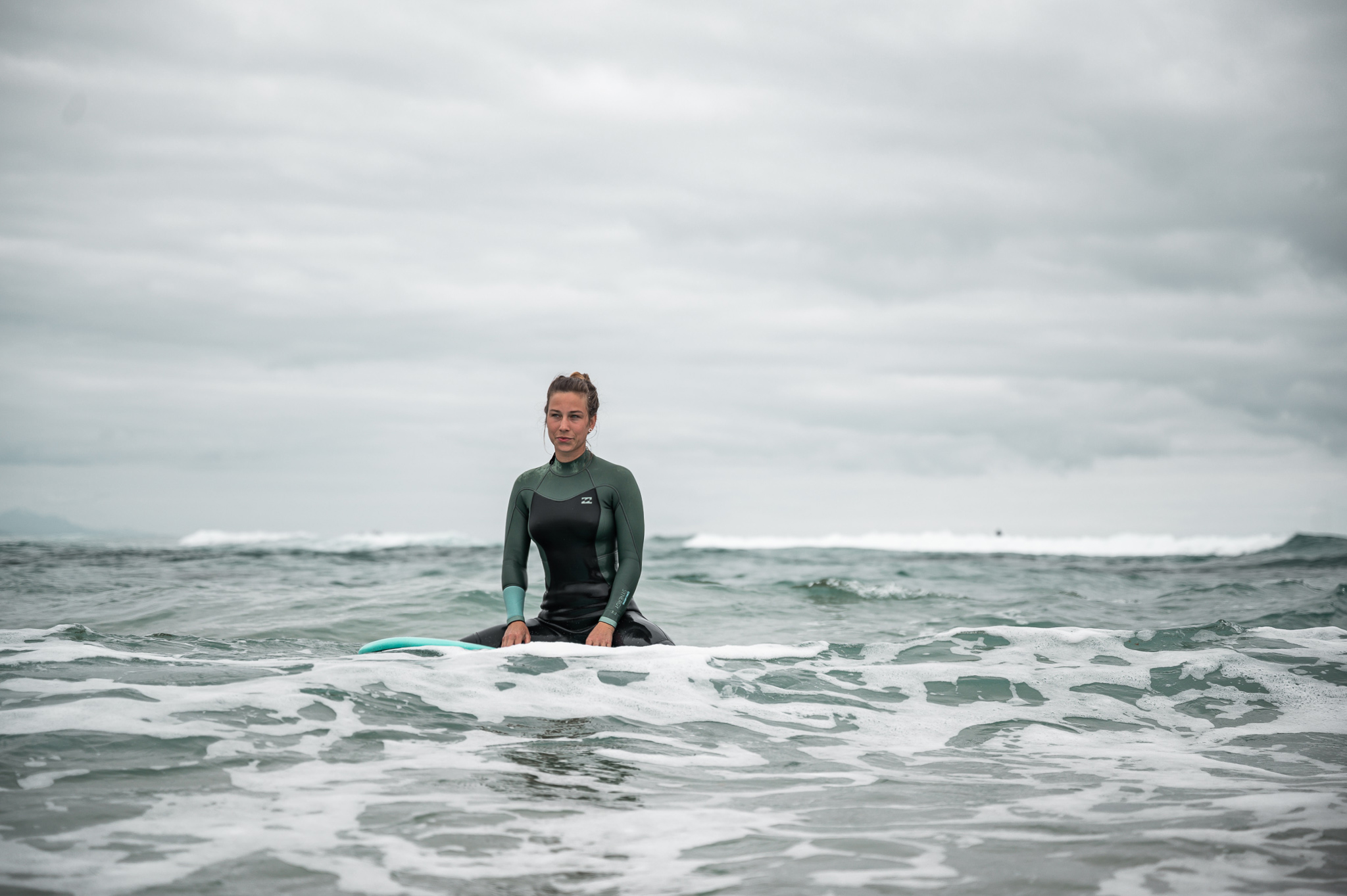 Asturias. The first trip abroad from January. And why Spain? Because my boyfriend loves surfing and I love mountains. And in Asturias, you are close to both mountains and the ocean.

We flew with Lufthansa from Frankfurt to Bilbao. It should be noted that the tickets were ultimately expensive (return trip cost around 7,000 CZK). Frankfurt Airport was half empty, shops were closed. We had to wear a mask all the time, even on the plane.

What was strange was the fact that even at this time you have to pay extra if you want to sit together. If you leave it to chance, the system will assign seats on the other sides of the plane, so you pay for a seat next to your friend. Isn’t it a bit irresponsible to put two strangers side by side? And also, shouldn’t there be the 2-m distance between each passenger??

Well, we arrived in Bilbao, rented a car (which was incredibly cheap – we used a company called Drivalia) and walked around center with the incredible Guggenheim Museum. Then we set off on a 2.5-hour journey along the coast to a villa called Salty Lobos.

Salty Lobos is a cool villa belonging to Czechs who run surf camps, but you can also stay here outside the camp, which we did. Jarda has been here for the camp, so everything was super-easy.

At the villa we fell into a coma for three hours and in the evening we went to the first surfing session on Playa de Rodiles. Unfortunately I don’t have any photos from the surf, because …. um .. well because I was surfing! Haha

The next day, after a morning surf on Playa de Moris, we set off for the mountains. About an hour from Salty Lobos is the Picos de Europa National Park with its 2,000-m high moutains and lakes called Lagos de Covadonga. You have to leave your car down in the parking lot and take a shuttle bus for about 10 EUR. But parking is free.

When we returned to the car in the afternoon, we drove to take a look at Covadonga Church with the adjacent chapel built into the rock.

At sunset we set off for Playa de Espasa, where we had a little picnic and just stared at the ocean.

But then Jarda remembered that when he was here at the surf camp, they went to the Fito lookout, which is high in the mountains, directly above Espasa. We quickly jumped into the car and drove up the hills. After 15 minutes, we arrived at the lookout and observed the shades of the sky. It was about 10 degrees less than down on the beach.

The next day we rented a camping van directly from the villa (year 1991 and with a Czech license plate! Haha), where we slept for the next 4 days. We wanted to go around the coast a bit and take a look at some interesting beaches and places. In Asturias it’s allowed to park and sleep with the campervan more or less anywhere.

The first day we stopped by all nice beaches. We had no plan – we stopped everywhere we liked it. We slept either somewhere in the mountains or right on the beach. It should be noted, however, that we attracted a lot of attention with our van, because it sounded like a tractor and plus the starter wasn’t working properly, so it always took us about 5 minutes to start the car. Sometimes we received applause when the engine finally got on.

It all sounds like one big romance, but it was extremely difficult to find a place without people. There were so many campervans everywhere that it was really annoying.

We made a stop in the beautiful town of St Vicent, where we ate calamari and paella. Parking this thing was a challenge, but after half an hour we found a seven-meter spot! Haha

We were both looking forward to Gaztelugatxe (the so-called Dragonstone), not far from Bilbao. Game of Thrones was filmed here, and even though I didn’t see a single episode, I was absolutely thrilled. Admission to the complex is free, but must be reserved. The tickets were already sold out when we decided to go there, but I read somewhere that after 7PM no one checks the tickets and entry is free. We got to the parking lot around 7.15PM and followed the trail.

No one really checked us. The way to the chapel at the top of the mountain is quite challenging and it’s definitely not for flip-flops – a rocky path, an elevation gain of 300 meters and hundreds of stairs. But as a reward, a minimum of people and beautiful views.

Leaving Gaztelugatxe became an experience because we forgot to turn off the lights. And what happens to an old car when you forget to turn the lights off? The battery runs out. So we had to push the car. After a few minutes, it worked out and we continued on our journey.

The next day we surfed on Playa de Gerra, where we agreed that surfing was the best. We clicked a few photos here to have a proof that we really surfed.

We liked this trip so much that we decided to go back to Salty Lobos again in September.

Hunting for the Northern Lights in Lapland