Swimming at Lavertezzo in Switzerland 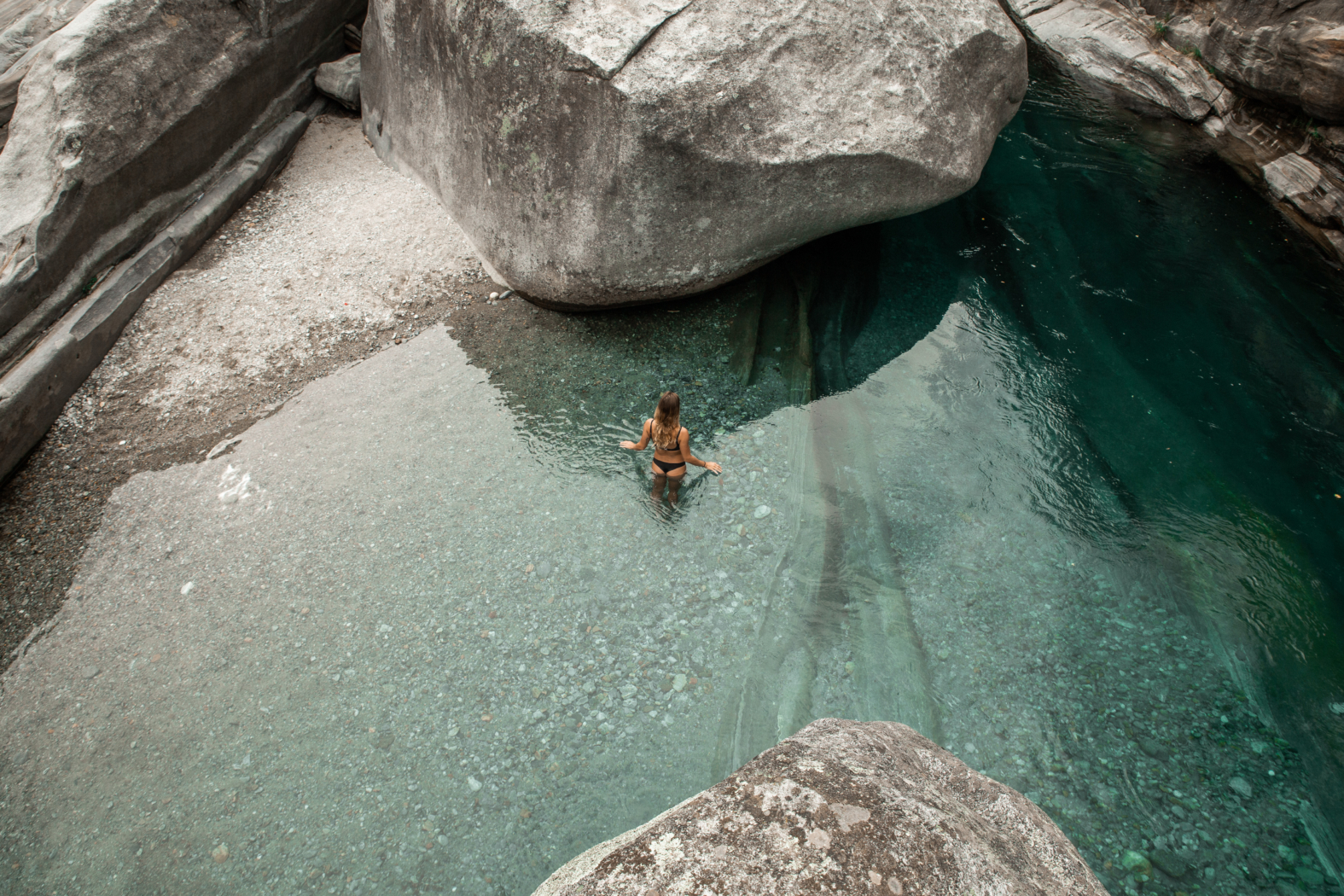 Winter is here but I’m still not done with summer inspiration! Let’s go back to our late summer roadtrip for a while. I have to write about one more unforgettable place in southern Switzerland, which took our breath away.

It’s an old stone town with incredible architecture, which is worth exploring. We were kinda in a rush so we couldn’t manage exploring it like we wanted, but we did the most important thing – swim! Honestly we stinked pretty badly after a few days without a shower, so it was more like a necessity for us, haha:)

When we arrived, we were a little disappointed at how many people were chilling by the river. Lavertezzo is not only an awesome swimming spot, but is also great for a picnic. We found a place on one of the rocks, where we set our base. First we took some pictures, but as we were running around with the cameras, it suddenly started raining. That rain forced everybody to leave. We covered the cameras and waited. In a few minutes we were the only ones who stayed. So we swam in the rain with no people around!

The water in the river is so clear that you can see the bottom despite the depth. But it was really really cold, so we stayed in just for a few minutes. Then we went to the restaurant and had dinner to dry up a bit.

If you ever visit Lavertezzo, be sure to stop in a village called Corippo – it’s no less magical! 🙂

From Oslo to Bergen by train