The most beautiful “hotel” in Slovenia 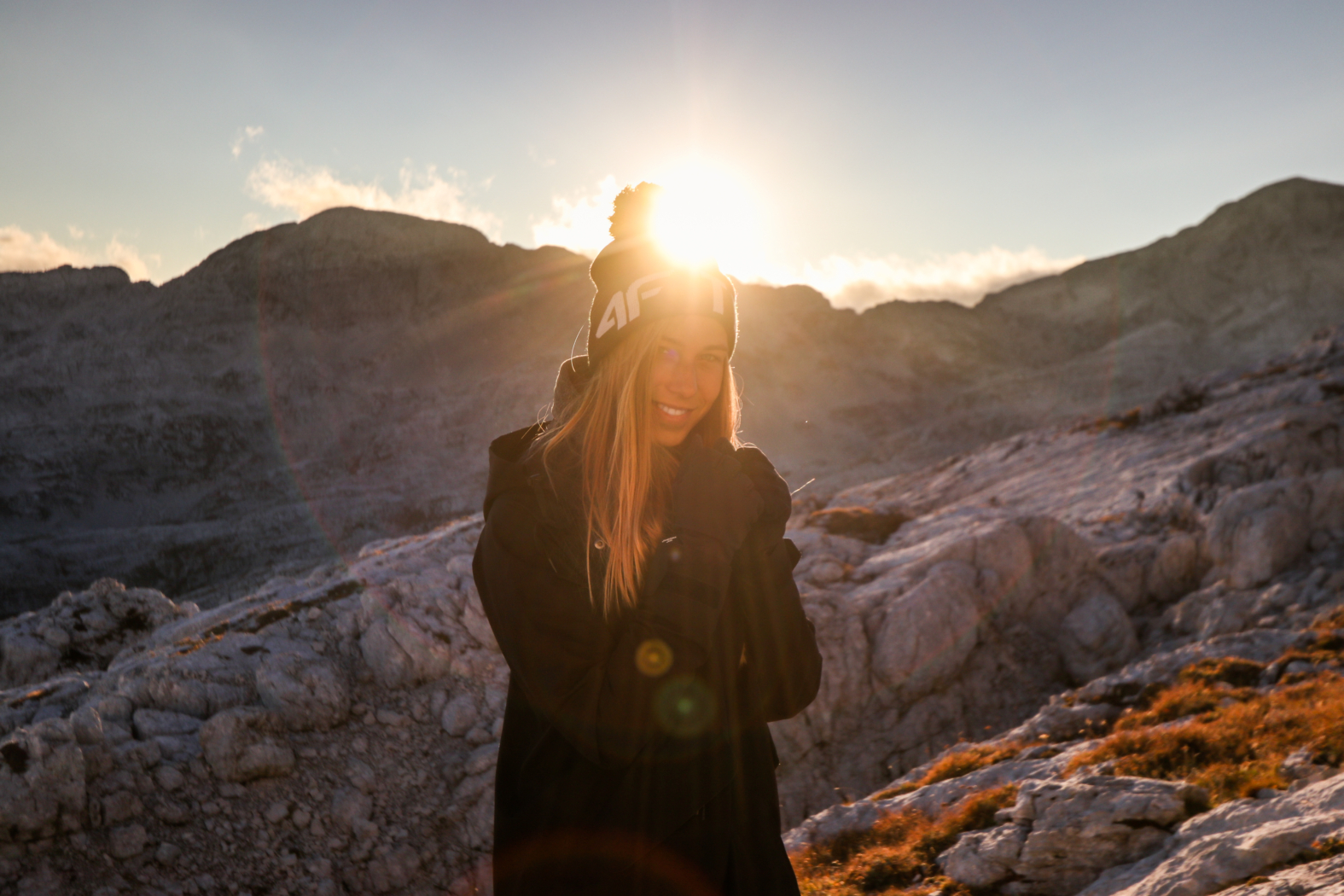 So finally I have one night at home, so it means only one thing. Pour a glass of pinot, put on headphones with “Friday night chill music” and write about my next adventure I experienced just a couple of days ago.

But I have to start from the beginning, because one information is quite substantial. About 6 months ago, my favorite photographer posted a picture on Instagram, which totally got me. It was a picture of a remote cabin on a hill called Kanin in the Slovenian Alps. And it wasn’t just an ordinary mountain cabin. It was a small modern cabin in the shape of a bevelled hexagon that looked like it was hanging on the edge of a rocky cliff. I saved the photo and I said to myself that I would visit this place once, because I’ve been always interested in unique modern architecture and this looked really cool.

A few days later, I did a research to find out more about this cabin. How much it costs to sleep in there, how to get there, who built it and with what purpose. After several hours of searching, I found nothing except the fact that it was built by a bunch of enthusiastic architects, it was located right next to an old mountain hut under the Kanin mountain and the purpose was to test a new material in harsh mountain conditions. But there was nothing about the possibility to sleep there and how to get there.

I couldn’t get it out of my head, and every time I tried to find something more, I was always unsuccessful. Not a single word. A few days ago, I decided that – like last year – I’d go to the Dolomites to get some fall pictures. So I started planning the trip and then I noticed that Kanin is just a few miles away from Dolomites, so I decided to go there and ask in the village of Bovec if someone knows anything about the cabin.

A few days later, me and my mom sat in the car and headed to Slovenia. When we arrived at Bovec and asked about the cabin, anyone didn’t know anything. By coincidence, I found on the internet that there is a guy living in Bovec, who was supposed to have the keys. A phone number was also included on the page, so I tried to call the guy eight times. Unsuccessfully.

It was the last weekend when the cable car up to Kaninwas still running. We bought tickets and, in case both the old hut and the new cabin were closed, we packed a tent and sleeping bags. Worst case scenario, we would just take a look at the cabin and sleep outside in the tent.

From the upper cable car station, we just followed the red signs because those were the only signs we saw. We didn’t even know where we were going. No signs for the hut anywhere, nothing. We just hiked up. After an hour and a half, we got to the first place where there was a view. At one point we saw the big old hut. But it was on the other side of the mountain massif. Damn.

We returned back to the cable car station and tried another way. We lost two and a half hours. Fortunately, we saw “KOČA” written on a big stone (which, of course, wasn’t visible from the other side where we came from). FYI, “koča” means mountain hut in Slovenian, which we remembered from the climb to Triglav).

Anyways, long story short, we finally hit the right path. After another two hours, we managed to get to the old hut and a few seconds later we finally saw THE cabin. It was just hanging on a couple of ropes. So peacefully. The sun was reflecting in it. And it was sooooo beautiful. There was no one around, and the place looked deserted, although we thought we’d fight over a stone to sit down and relax for a few minutes.

We slowly headed for the cabin, full of excitement, and we both hold our breath when I was grabbing the doorknob.

Will it be open or will we sleep in the tent?

I slowly tried to open it and guess what!!! The door was open!!! The cabin was completely empty, and there was nothing more than eight beds and deer antlers on the wall. On the other side of the door, we finally found out what this place was used for and how it worked. We found out that the cabin serves as a bivouac in the winter and is open to climbers and hikers. And staying there was free! They just asked us to leave the place as we found it.

We immediately occupied the best beds and waited until the crowds of tourists, wanting to sleep in the cabin as well, arrived. But nobody arrived. Even though it was Friday and the weather couldn’t be better. I cooked dinner and then we spent the rest of the time out in the sun. I was flying with my drone and taking hundreds of pictures and when it got dark, we lied down in our sleeping bags. We had the whole cabin for ourselves.

Of course, we woke up for the sunrise, for which I didn’t even have to get out of bed because the whole front wall (the one hanging in the air) was made of glass. Can you imagine anything more beautiful than watching the sunrise in the mountains without getting out of your bed?! I can’t.

I prepared some oatmeal and hot tea for breakfast, and watched the rising sun until it rose all the way up and lit the whole massif. It was time to finally get to the top of Kanin, which we hadn’t conquered the day before.

We hit Kanin in about an hour, took another five hundred pictures and went back down, being ready for our next adventures. The Dolomites. On our way there, we stopped at Mangart pass, which we’ve already seen five years ago but not during the fall. It’s a pass, which is reachable by car and the view from up there is absolutely priceless.

Now, when I think about it, it’s probably good that the cabin is a secret place without any mention on the internet because the crowds of people would ruin the magic completely.

Christmas in Hawaii – lava and volcanoes in Big Island