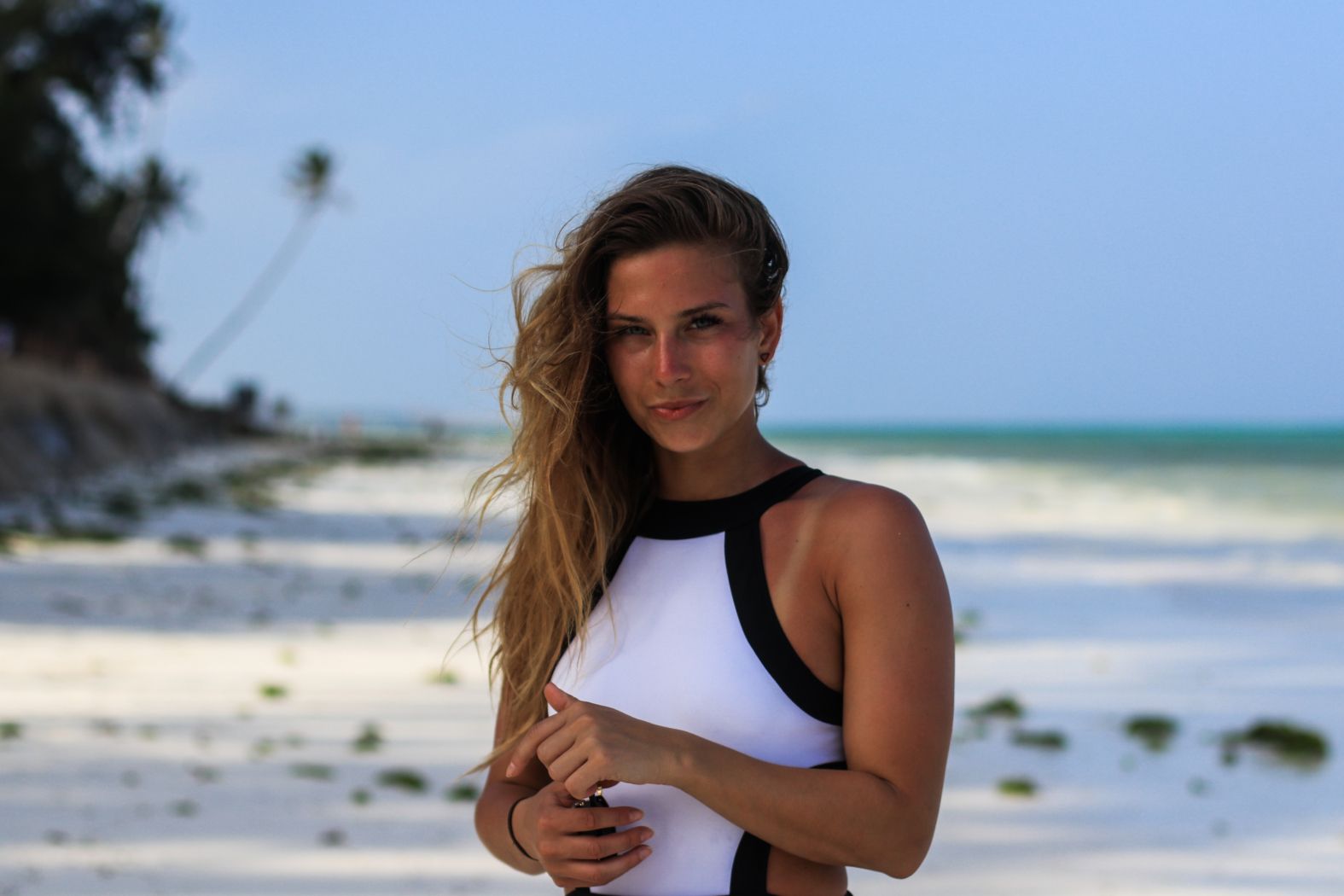 After two days on safari my Tanzanian adventure is definitely not over, so here’s another article!

If there was one thing that was really cool on this trip, it was the fact, that it was very diverse. It started with mountains (actually only one mountain haha), we continued to a safari in the middle of a national park and ended up on the beach.

And now try to guess which part I enjoyed the least, haha!:)

It started off with a terrible (but really terrible) flight from Arusha to Zanzibar City on Friday December 29th. The fact that we were flying with a hundred-year-old plane for about twenty people was one thing, but how the airport in Arusha looked like was something pretty unique. But I guess you guys can certainly imagine how an airport in the middle of Africa in a small town with a population comparable to one neighbourhood looked like. The terminal (if what we saw can be called a terminal) reminded an old, about-to-fall pergola. Literally. It was just a roof on four poles without a floor, no walls, no nothing. So we were actually sitting outside and waiting for the plane, which was one hour delayed due to TECHNICAL PROBLEMS. You really don’t wanna have technical problems in Africa.

We arrived in Zanzibar at another pergola, just a little bigger. Baggage claim? Hahaha. The guys brought all the suitcases from the plane in hands, and they threw it on a pile in the corner of this pergola. Well, we grabbed our stuff and went out where a guy with a “Elisha” sign was waiting for us. We deduced that it could be me and headed towards him.

The hotel was on the eastern side of the island, so we hopped in the car, which dropped us about an hour later by the Sahari Hotel.

We planned only three days on Zanzibar, because neither of us is the kind of person, who could lie on the beach for a week just in order to get tanned.

On the first day we were so worn out that we spent the full day lying by the pool. I didn’t feel like doing anything, but after two hours I got bored, so I pulled out a book and read till evening. Of course, even though I’m the type of person who never gets burnt and has to lie somewhere for a month to make it happen, I burned right the first day. Not much, but the next day my color reminded a tomato.

That was exactly that one day of rest I needed to regenerate after our challenging program.

The next day we decided to spend the day on the beach for a change, but it wasn’t that simple anymore because it took me only an hour to get bored. Then I had to start doing something, so we decided to go for a walk along the beach. We walked for about 7 km and got to the famous beach called Paje which was crowded as hell. We agreed that we were glad that there weren’t so many people at our beach and got back. That’s how we killed another three hours, but what next? We had coffee, read a magazine again, went to take some photos, had a mojito, picked up two pounds of shells, petted a starfish and swam. Fortunately, I managed to sleep for about two hours, bringing my tomato color to perfection.

I was forced to spend the third day in the shade. We were really bored, so we didn’t think of anything better than going outside the hotel, which was not a great idea. Because we arrived in the dark, we didn’t see what was out there.

Once we left the hotel, we found ourselves back in central Africa. Dust, dirt, cows randomly grazing next to half-ruined houses without windows and people chilling on the ground on the side of the road. Definitely, this is not what many people would do, so all the natives were looking at us and some of them even asked us whether we were lost. We came across a lady, who was selling tropical fruits, so we bought some. We probably made her business for the day with the purchase of a pineapple, watermelon, papaya and a mango.

We went back to the hotel and had all the fruit for lunch.

We spent the rest of the day in the room. In the evening, we headed for New Year’s Eve six-course dinner in the hotel restaurant. We stuffed ourselves and just a few seconds before midnight we went to the beach, where the locals had built a gate and a fire-pit made from palm-tree leaves earlier that day. The locals were dancing and singing around the fire.

I have to admit it was a pretty nice show. We had a glass of champagne, talked to each other for a few minutes, and 15 minutes after midnight, me & my mom called it a night.

So this was our New Year’s Eve. I feel like I’m too old of party-all-night kind of celebration, so I actually enjoyed this peaceful dinner more than anything else, haha:)

Well, to summarize it, I was a little disappointed from Zanzibar. It’s considered to be one of the paradises on earth, but whether we like it or not, it’s still Africa. That means everyone is trying to get get money from you even when it means cheating. So I recommend checking all the bills and everything. They charged us nonsense things at the end of our stay, which I noticed and told them. But if you don’t notice, they charge you drinks you didn’t have and meals for higher prices than the menu said. I mean, we’re talking about $30, so even though 30 extra bucks is not gonna kill you, I really really hate this kind of an attitude. I don’t have a problem giving them tips higher than this “mistake”, but only in case they act fair.

They want a tip for everything, even though they don’t do anything for you. I got a perfect example from the airport. At the airport, I went to the bathroom and when I washed my hands, there is a lady standing by sink, who gives you a piece of toilet paper to wipe your hands. But once I’ve wiped them, she held out her hand and wanted two dollars from me. At the exit from the airport, there are guys who would grab your suitcases carry them twenty meters to the car. And they want money again.

The beaches are dirty and they are really far away from those perfect white sand & turqoise water beaches. There is an incredible amount of seeweed, which is usually not cleaned. If there’s low tide, you can’t swim or anything, as the sea is literally a kilometer away, about which of course there is nothing to do, but if you think of other exotic destinations like Maldives, Seychelles, Bahamas, Hawaii, Fidji or the Philippines, definitely choose one of them.

Perhaps somebody will have a different opinion, but I was disappointed and I think there are much better beaches in other destinations for the same price (I mean the flight tickets from Central Europe).

Anyways, that’s all from me, I hope you enjoyed the article and I didn’t overload you, and that you will find these tips useful when you’ll be deciding where to spend your vacation 🙂