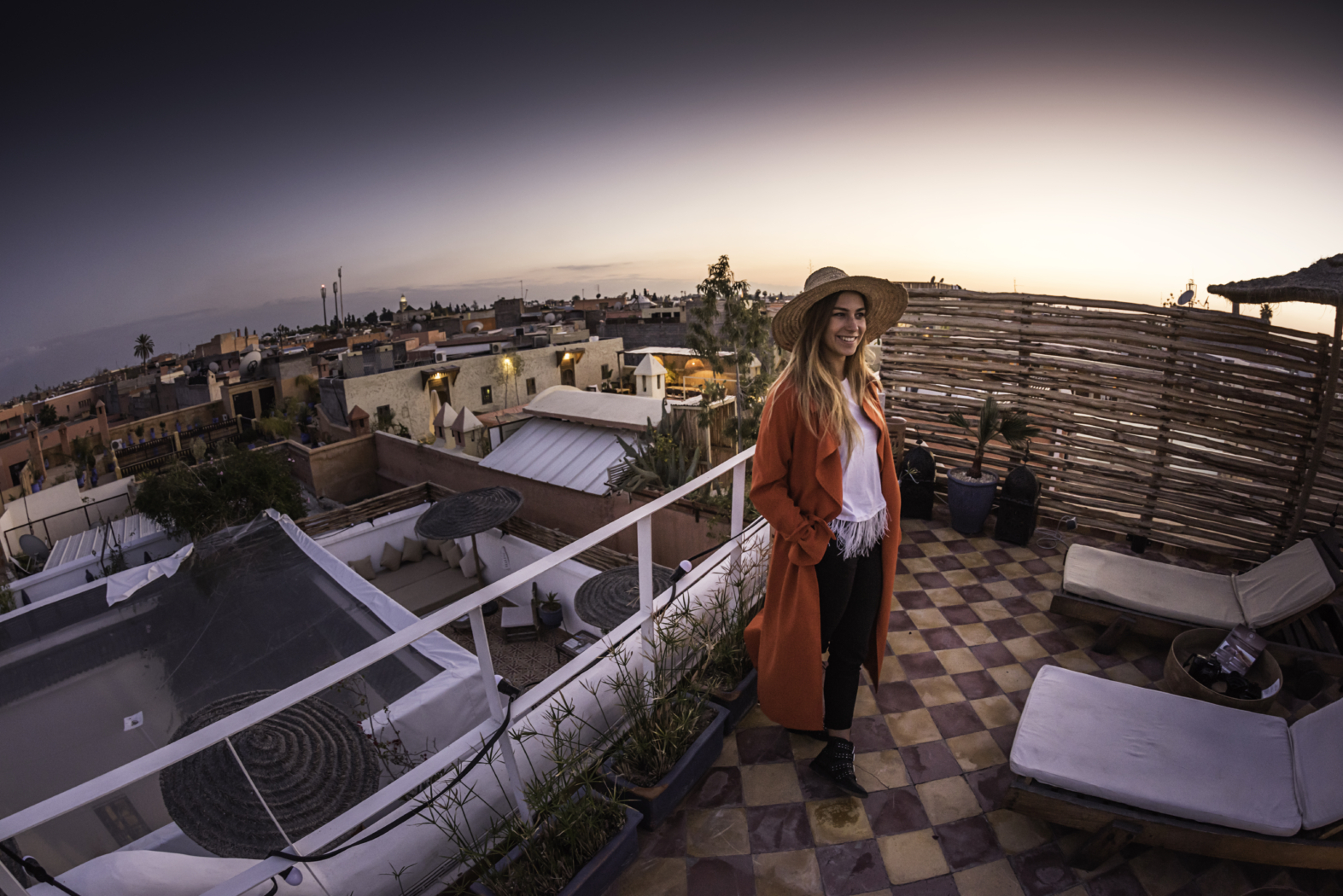 So I have two news for you! One bad and one good. The good one is that I managed to go through all 5000 photos. The bad one is that I wasn’t able to pick just a couple of good ones, so I’m gonna overload you with pictures now, haha:)

A few days ago, I returned from Morocco, which I visited for the first time. And I’m still super-stoked about it! We arrived in Marrakech, where we spent one and a half days, so I’ll try to tell you all my findings about Marrakech first.

We were accommodated directly in Medina, which is the center of the whole city. You’d be looking for a regular European hotel for a long time here, there is only a few of those. Most of the accommodation is provided by so-called riads, which are small Moroccan-style hotels. All these riads have an iconic rooftop where you can chill and watch the sunset, which of course we couldn’t miss.

We managed to explore most of the old town in one day. We saw pretty much everything from the markets, the Bahia Palace to the mosques and Jemaa el-Fnaa square. And impressions? Well, to be honest, the city did not really convince me. Here are my findings:

To summarize this, I sincerely expected more from Marrakech, but on the other hand you all know very well that exploring cities is not entirely my thing and that I feel much better in the nature 🙂

And what about you guys? Have you ever been to Marrakech? Did you enjoy it there? Share your experience! <3

Some pictures taken by Andrés Berechovich

Zermatt – one of the most beautiful spots on Earth